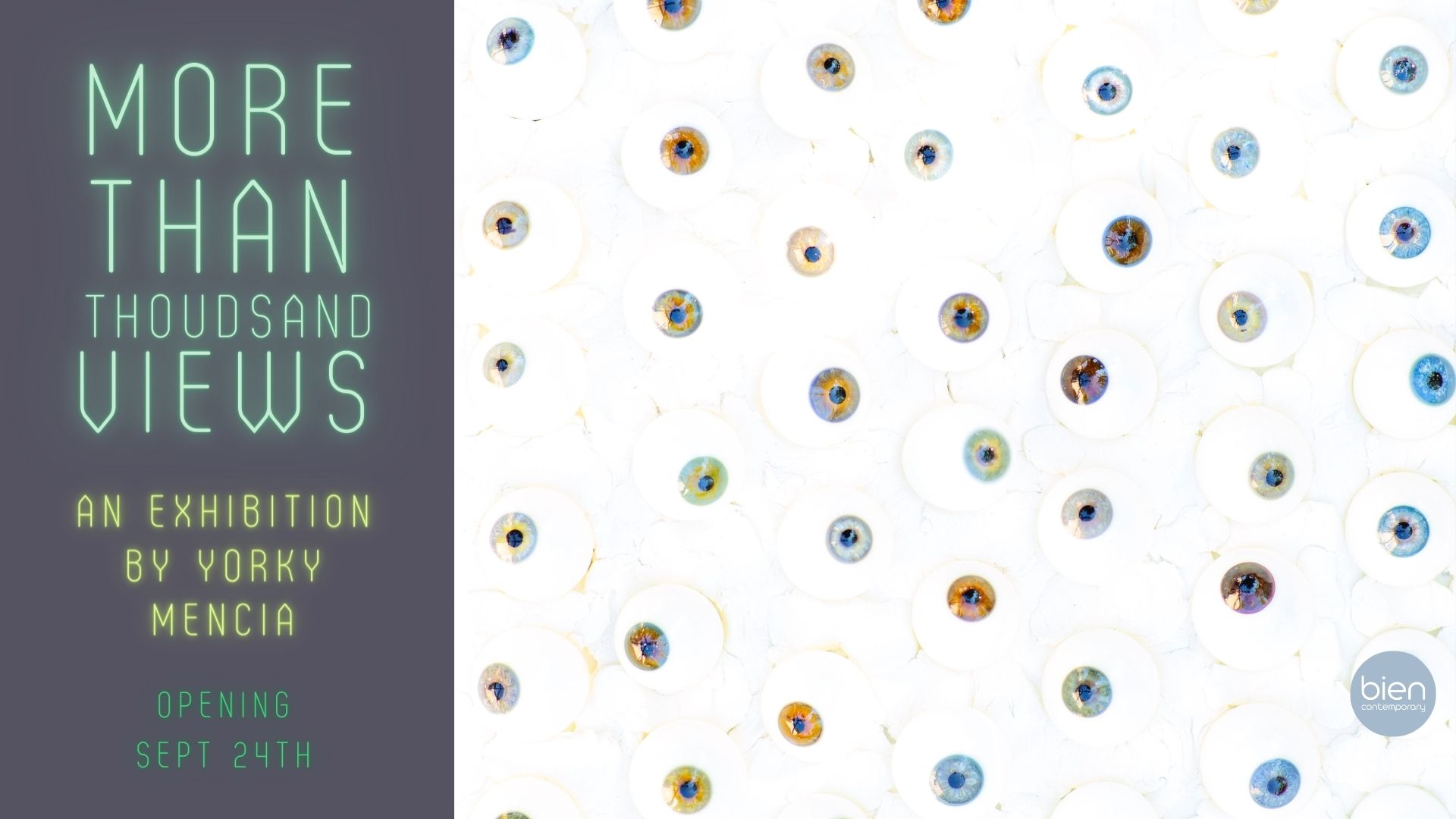 “..the eye sees not itself, but by reflection, by some other thing.”
– William Shakespeare

More Than Thousands Views -is a new exhibition by artist, Yorky Mencia Garcia, consisting of a large mobile occupying the central part of the exhibition space and two photographs installed on the walls. The overarching motive in the exhibited artworks is prosthetic eyes, which directly refer to “the many views” indicated in the exhibition’s title and thus to the artist’s preoccupation with how social media transforms our identities and social interactions.

Controlled by giant tech companies like Facebook and Google, our presence, behavior, and actions in the digital world are constantly influenced and shaped by algorithms. In this process, ‘truth’ becomes irrelevant. Rather than being based on an accurate or genuine representation of the ‘truth’, the ‘digital truth’ is based on the number of views that are often artificially cultivated. By being quantified and rewarded through a machine, content creators and viewers are sorted, matched, and segmented, resulting in a digital landscape where different perceptions of a decontextualized version of truth coexist. Here digital communities are often created independently of shared physical spaces and recognition.

The need for recognition of our existence in the digital reality is, thus, artificially created and shaped by a race for visibility.

Today’s manufacture of artificial eyes, beyond the prosthetics, symbolizes the representation of quantified views shown on social media as our similarly mediated face-to-face interaction. If we can’t see reality through our eyes detached from our mediated culture, a distorted image of reality prevents us from seeing the real. So, where does a meaningful gaze lie?